When I was a child I was mesmerized by Donald Duck’s nephews, Huey, Dewey, and Louie (Knatte, Fnatte and Tjatte in Swedish). Not only were they able to jointly complete a full sentence by one and one fill in the words. “Hi, Donald, …”, “… how are …”, “… you doing?” (a question Donald would just ignore and grunt) they were also able to find almost any piece of information in their little book that they were carrying around.

The book was called “Gröngölingshandboken” in Swedish and “The Junior Woodchucks’ Guidebook” in original language. If there were any strange question asked in the adventures, they were simply able to look it up in the book. Almost all information was found in there. And they did not need any internet connection (?). Interestingly we were never allowed to look inside the book ourselves. It was always the three nephews looking into the book, a bit secretely.

Do we recognize this from other popular history? Well, perhaps. What about Star Trek? The Tricorder? The Communicator? Well, actually, one of them is “just” a sensor recording device for medical applications, and the other one is “just” a mobile phone. (One has to acknowledge its capability to communicate through subspace though…) The devices they carry do not necessarily keep any information they need. I guess the rely on the option to call back to mother ship and ask them to look in the literature for the answers. Sometimes, Mr Spock is with them, and obviously he has a logical answer to most questions.

Today we (most of us) walk around with the smart phone and are fairly close to a WLAN hotspot or hopefully a 3G/4G network. With that power in our hand, we are not only able to find information but also communicate and make our presence clear for most people. (Btw, you know that you can download the entire wikipedia? The English wikipedia is just 25 GB (!). In case you go on vacation with people you do not want to interact with…) Oh, yes, we can call each other with it too.

Where are the sensors?

However, there are indeed missing bits and pieces in the smart phone: the sensors. Where are they? And why are they not there yet? Sure, the microphone and the camera and the fingerprint swipes are there, the USB port is there to provide you with any sensor you want. But it is not integrated as a tool as such.

Where are the thermometers? The rulers? The moisture sensors?

For example, I would like to be able to

What would you like to do with your Junior Woodchucks’ Smart-Communicator-Tricorder-Phone?

When do the sensors come, really, to the phones?

Notably, Prof. Fredrik Gustafsson has produced a piece of software to analyze the breathing frequency using the microphone of a smart phone.

One thought on “The Junior Woodchucks’ Guidebook” 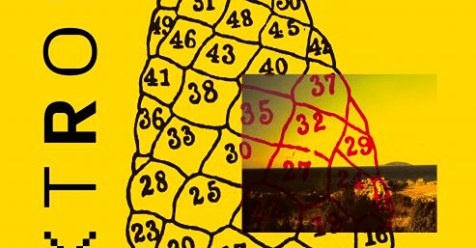